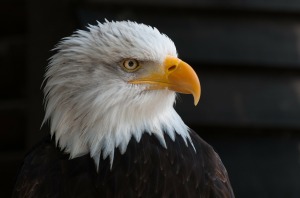 For 44 years, the ESA has been the world’s strongest law protecting animal and plant species on the brink of extinction. In fact, 99% of species protected under the Act have avoided extinction, including the bald eagle, peregrine falcon, and California condor.

Currently the ESA protects more than 1,600 plant and animal species in the United States and its territories, and allows the designation of millions of acres of critical habitat crucial to species’ survival and recovery.

A national poll commissioned by the Center for Biological Diversity found that 2 out of 3 Americans want the ESA strengthened or left alone, but not weakened. Republican efforts to gut the world’s most successful conservation law ignore the public value of wildlife and the habitat on which they rely.

Encourage senators to oppose any effort to weaken the ESA.  Here’s how: 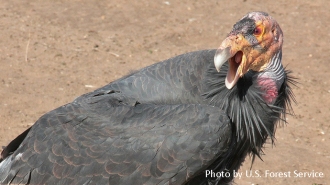 Californians: Call Senate Environment and Public Works Committee member Kamala Harris at her Washington D.C. at 202-224-3553 and tell her staff that you strongly oppose any effort by Committee members to weaken the Endangered Species Act. Alternatively, you can insert your statement in a reply form for Senator Harris here. Staff will compile your information and prepare briefings for Senator Harris to present during upcoming EPW Committee hearings.

Californians’ voices are important, but the voices of voters from states with Republican senators on the EPW Committee are essential in tipping the balance! Republicans outnumber Democrats on the Committee 11-10, so we need voters in the following states who care about wildlife to contact these senators. Voters should take the opportunity to remind Republican senators that protecting imperiled wildlife, plants and critical habits is a bipartisan issue. The Endangered Species Act was, after all, enacted by President Nixon (a Republican) in 1973.

In addition to Kamala Harris (D-CA), minority (Democrat) senators on the Committee on Environment & Public Works consist of the following members:

Thank you for caring and acting on behalf of the world’s most successful law protecting vulnerable wildlife, plants and critical habitat. Your voice speaks volumes those who cannot speak for themselves. Please consider sharing this call to action with your friends, family members, and colleagues. Protecting endangered wildlife and habitats doesn’t just benefit animals… it benefits humanity.

View all posts by lindsaywildlifeblog